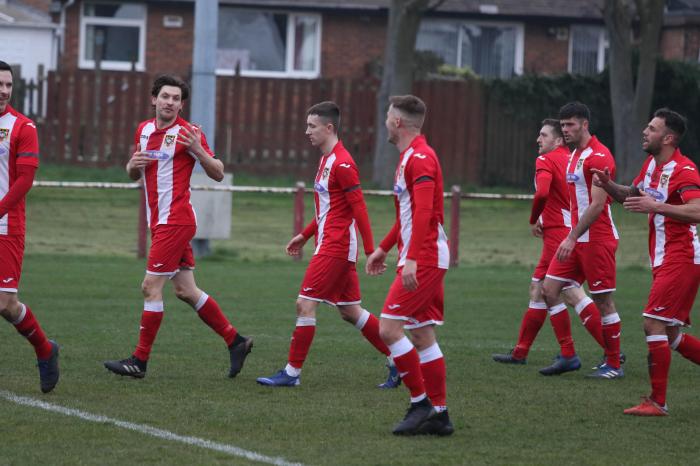 James Ellis scored Ryhope’s final goal of the season, as the home side took all three points in a 3-2 victory against local rivals, Seaham Red Star.

With 5 goals in the first half it was a game that had all the makings of a derby.

Going into the game Ryhope had already secured an eleventh placed finish to the season but were looking to end the season on a high.

After going unbeaten in their last three games Seaham were looking to extend their run with a victory over their rivals.

Manager Gary Pearson made three changes to his team with the introduction of top scorer James Ellis back in the fold.

The game started with both sides having opportunities to score as Michael Chilton fired a free kick over the bar from close-range.

Seaham Red Star scored the opening goal of the match in the fifteenth minute, Michael Chilton received a pass on the edge of the box from Dan Wilson and the striker was able to squeeze the ball through Ryhope’s defence sending the ball to the bottom left corner.

After conceding the first goal the home team were searching for an equaliser, Ellis had a chance in the 23rd minute with a free kick but his effort was off target.

Jack Devlin scored the equaliser in the 26th minute, the striker found himself surrounded by opposition defenders as he beared down on the away teams goal and somehow he was able to chip the ball into the goal equalizing for the home side.

Chilton grabbed his second of the game as Seaham retook the lead just two minutes after Ryhope’s goal, the striker took control of a loose ball in the box sending the ball past Joe Atkinson in the home team’s goal.

It didn’t take long for the home team to equalise as Ellis grabbed an equaliser for the home side in the 36th minute after getting on the end of an Adam Cocks’ cross to fire a powerful low shot into the bottom corner right corner, leaving the opposition goalkeeper no chance.

The decisive goal of the match came from James Ellis once again in the 40th minute, the forward received the ball from a Ryhope corner and then sent a thunderous shot into the top right corner of Seaham’s goal. 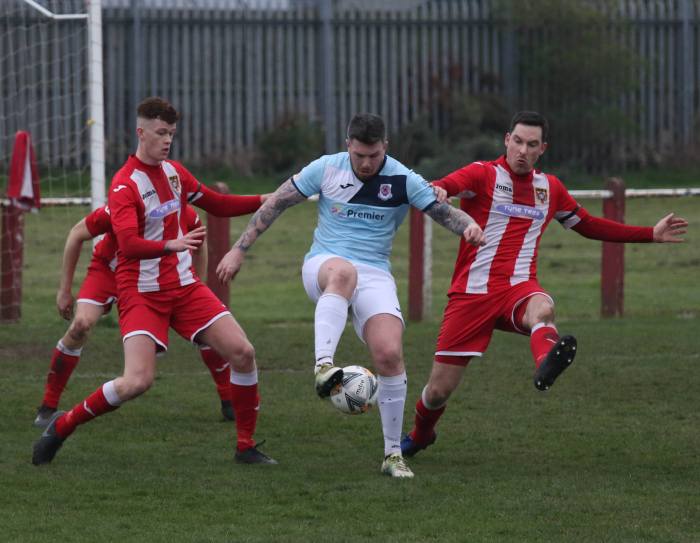 The home side also had chances as striker Jack Devlin almost scored a great goal after taking down a 50 yard pass on the edge of the box but he was well tackled before he could get a shot away.

The home team defended well in the second half to take all three points as the referee blew the final whistle.

The victory ensured that Ryhope finished the season on a high, manager Gary Pearson said: “It was a game that had everything.

“It was a typical Ryhope Colliery Welfare win.”

Listen to the full interview below.

View all posts by Kyle Ritchie